Foods from around the world are increasingly popular throughout the UK - find out what's hot this year!

World Foods have become increasingly popular over the last few years, with 2017 introducing some interesting and unique foods and flavours to the UK. Alongside newcomers, this year has seen the comeback of classic foods such as burgers and salads; this time with twists and adaptations to keep them trendy and current.

Intrigued? Keep reading to find out more about our ‘ Top 5 World Food Trends’ which have touched down in Britain this year! 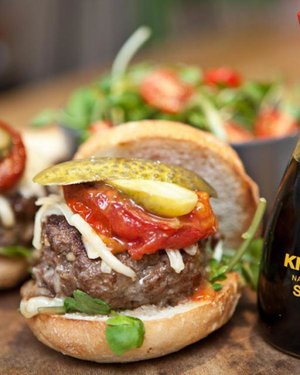 This American classic has made a comeback in 2017, bringing with it exciting flavours and alternatives.

With vegetarianism and veganism on the rise, burgers using meat alternatives are increasingly popular, particularly those using beans and mushrooms and various cheeses such as halloumi and mozzarella.

In 2016, the UK burger market was estimated to be worth £3.28b and this figure will likely increase by the end of this year following the demand for ‘Deep South’ inspired foods, which includes burgers, mac n cheese and chicken wings.

There are hundreds of burger joints around the UK, offering both traditional and unique burgers, but for the optimum 'burger experience', visit Burger Brothers in Brighton, which has been ranked the best burger joint in the UK. 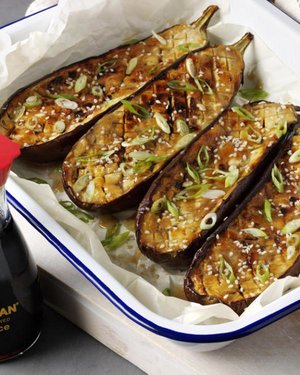 Forget Miso soup! 2017 is all about experimenting with this traditional Japanese flavouring.

Made using fermented soybeans with salt and koji, Miso flavouring has increased in popularity over the past few years and appeared on multiple 2017 food trend predictions.

It can be used in both sweet and savoury dishes, making it versatile and suitable for almost any dish!

The Evening Standard suggests mashing Miso with aubergine or sweet potato, and many bloggers recommend using the flavouring as a dressing for salad.

If you have more of a sweet tooth, visit The Patricia in Newcastle and order the Chocolate Brownie with Miso Caramel and Milk Ice Cream for a delightful twist on a classic dessert. 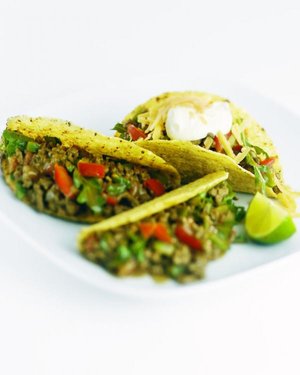 There has been a huge rise in popularity for Tacos this year as a result of an increased demand for South American and Mexican foods.

Many restaurants around the UK have created their own unique twists on the traditional taco, using both sweet and alternative savoury fillings.

Restaurants have increased the availability and variety of tacos available on their menus to meet the demand, with multiple Mexican and taco based restaurants opening in various locations.

If you’re a seafood lover, head to Temper in Soho to try Mackerel and Avocado Tacos, or if you’re feeling adventurous visit Xiringuito in Liverpool and try their Chilli Chocolate Ice Cream Tacos. 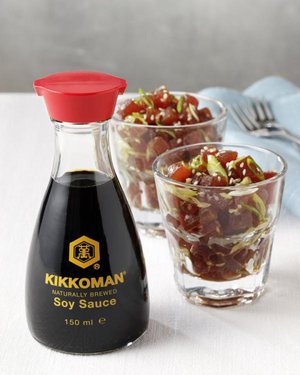 Dubbed as the ‘Hawaiian sushi’, Poké has become an extremely popular snack/ light meal in the UK this year.

This exotic dish consists of small pieces of cubed raw fish, marinated and served on a bed of rice with soy sauce and onions.

A number of restaurants throughout the UK have started serving the delicacy on their menu, and hundreds of food bloggers have attempted to create their own variations, adding fruit and beans, and exchanging the rice for noodles.

It often comes served in a small bowl, with bright, flavourful vegetables and its compact size makes it a convenient and easy food to consume.

We can see why Waitrose have rated Poké the ‘must eat snack of 2017’! 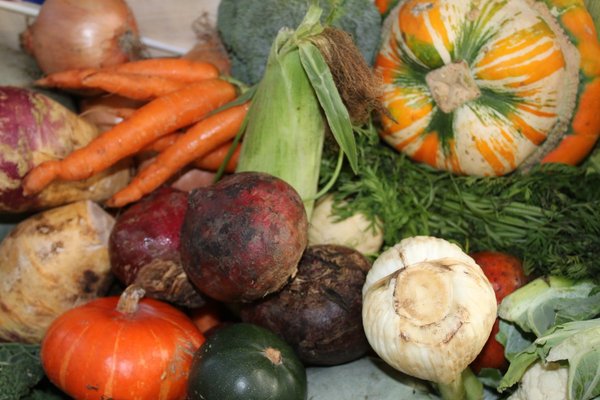 Organic foods have been high in demand for many years, but with recent events such as Brexit, more people than ever are buying local.

Consumers love buying local because they can find out exactly where the food is sourced whilst supporting the farmer and the economy.

With a larger focus on health and wellbeing, the demand for locally sourced fruits, vegetables and meats is on the rise. There is also greater concern for the environment, with 83% of people voting that the government should increase environmental regulations in order to reduce carbon emissions according to one survey.

The food chain contributes 70m tonnes of CO2 equivalent to the environment, so it’s more popular than ever to buy local, British food!