Kikkoman Masters is back and it's better than ever!

Some of our best loved chefs were among previous winners and finalists of the prestigious Kikkoman Masters competition. We, at FML, had run it for 10 years, last staging it in 2002 so you can imagine the joy when we told chefs that we were bringing it back in 2015.

On the 5 Oct at the Restaurant Show in Olympia we had great pleasure in crowning Ben Champkin from highly acclaimed L’Enclume Restaurant the Kikkoman Masters 2015 winner.

We were very pleased with the number of entries having worked hard on pushing the event via The Restaurant Magazine, Staff Canteen, Craft Guild of Chefs and social media.

At FML we knew that getting a strong panel of judges on board was key in maintaining the integrity and credibility of the competition. So who better to head up our judging panel than Michelin-starred chef Simon Hulstone, a previous Kikkoman Masters finalist himself? We were thrilled to secure our other eminent judges too: Brian Turner, CBE; Scott Hallsworth, Kurobuta; David Mulcahy, VP, Craft Guild of Chefs; Stefan Chomka, Editor - Restaurant Magazine; and Bing-yu Lee, General Manager, Kikkoman UK. 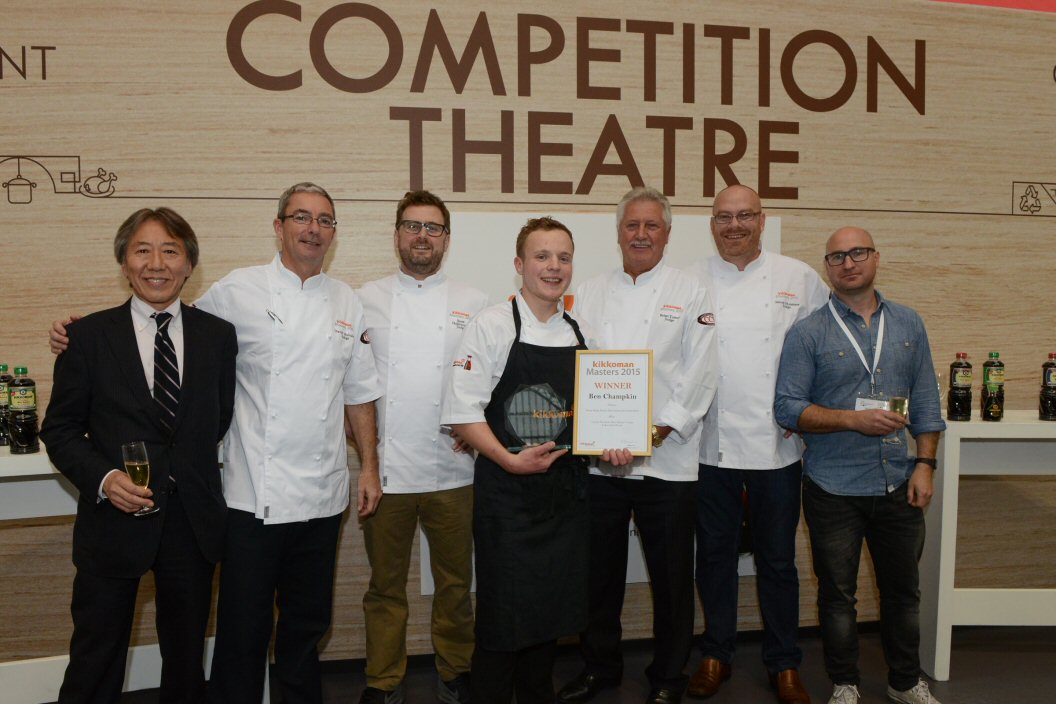 Ben was among eight finalists who were chosen to go head to head. Each were tasked with creating two dishes; a starter and main course, using Kikkoman Soy Sauce as an ingredient and working within the theme of modern European food.

The sought-after prize egging the contestants on was a seven day working-trip to Japan plus £1,000 spending money.

In the audience were in excess of 100 guests from the media and food industry, salivating over the dishes as they appeared on display and, eagerly awaiting the final results.

The finalists demonstrated incredible knowledge and skill and the standard of presentations were outstanding. The judges had the difficult and unenviable task of choosing an overall winner and runners up from a very talented bunch.

But Ben fought off stiff competition with his starter of Penny Bridge Dexter, Oysters, Soy & Sea Herbs followed by his main course of Cornish Monkfish, Miso, Radish Turnips and Hen of the Woods. We’re sure to see more of Ben who at just 22 is already a winner of Young Chef of the Year 2013 and competed in the Culinary World Cup team in 2014. 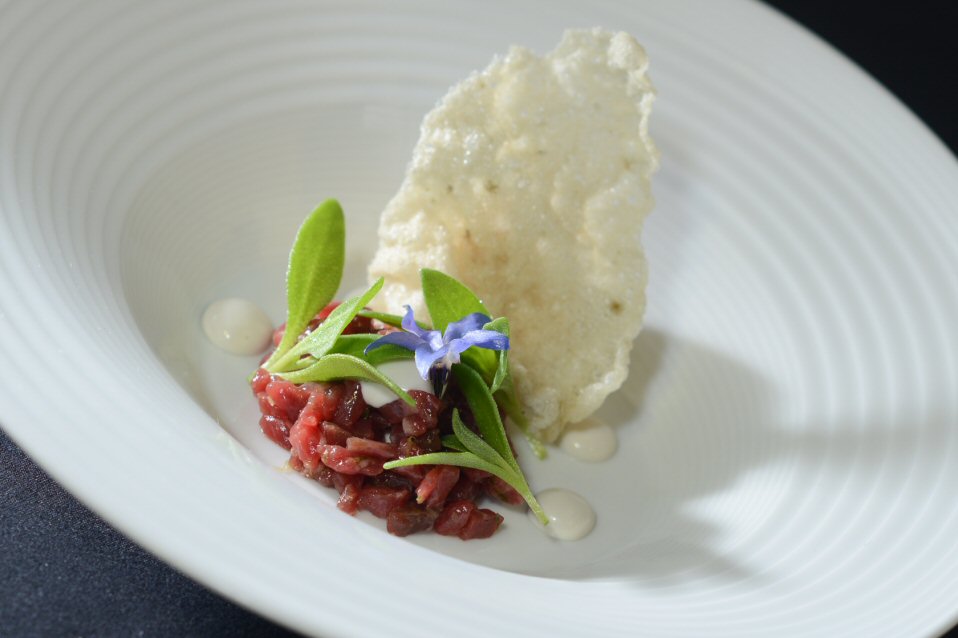 First runner up was Craig Bateman of Compass while second runner up was Fred Wilson of Colettes, The Grove Hotel in Hertford. Those finalists who weren’t placed drew inspiration from the day and are already thinking of creative dishes to enter in next year’s Kikkoman Masters.