2018 was a big year for Love British Food and we are delighted to be involved in driving this campaign forward.

2018 was another amazing year for Love British Food and we are delighted that we were again a big part of driving this incredibly important campaign forward. One of the strands of the campaign focused on young farmers and tapped into their energy and enthusiasm for British food.

The campaign was digitally led by a group of young male and female farmers and kicked off in the Spring in the lead up to Easter with a ‘My Name is … ‘ social media campaign. This involved calling on all young farmers to post a photograph of themselves and their farm on Twitter and Instagram saying in a few words what they produce and highlighting the high standard they adhere to. The aim was to make the link between farmers, food producers and top-quality British food. We produced foam boards with #BritishFoodisGreat for farmers to use as a creative tool to get noticed. And it worked! We were thrilled when support for the campaign came from across the country and some of our best loved celebrities joined in the campaign too! 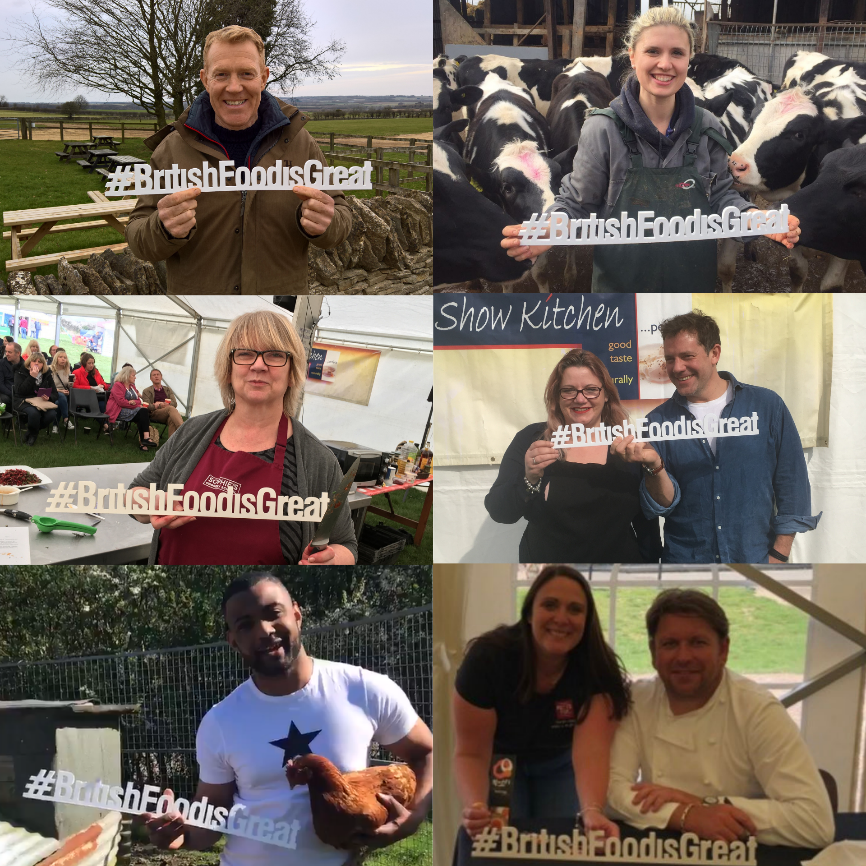 The campaign was also endorsed by the National Federation of Young Farmers Clubs and the Co-op young Farming Pioneers.


The campaign also ran in the Autumn alongside British Food Fortnight (22 Sept-7Oct 2018) when young farmers were posting tweets, displaying the #BritishFoodisGreat banner, wearing t-shirts with the slogan and explaining to the public why they should choose British. Some of the young farmers did talks in schools, stood outside local shops to engage with consumers, helped local pubs and restaurants set up a British food supply chain and much more.

This year’s British Food Fortnight was the best yet with over 45 million reach via social media.