We launched the 12th Kikkoman Masters 2018, calling for working chefs to create a 2-course menu using Kikkoman Soy Sauce as an integral ingredient.

FML launched the 12th Kikkoman Masters in March 2018, calling for working chefs to create a 2-course menu using Kikkoman Naturally Brewed Soy Sauce as an integral ingredient. Our goal was to broaden our reach, appeal to female chefs and if possible double entries on the previous year.


So, we worked with Staff Canteen, the UK's leading networking site for chefs to ensure the competition was given the right level of exposure and help get those entries in. Raising the kudos of the competition were our distinguished panel of judges chaired by David Mulcahy, Sodexo/Craft Guild of Chefs and including Brian Turner, CBE; Michelin starred chef and patron, Simon Hulstone, The Elephant; Selin Kiazim of Kyseri and Adam Handling of The Frog by Adam Handling.

We launched our social media campaign six months ahead of the competition, calling for entries and including video footage from previous events. And with judges and previous winners tweeting our campaign gathered momentum.


All entries were paper-judged and after much deliberation we announced our 10 finalists. These top ten would go on to compete in a live cook off at The Restaurant Show on Monday 1st October.

FML liaised with organisers of the Live Theatre to ensure all the key elements were in place from branding, cooking equipment, branded chefs’ jackets to having catering students on hand to help where needed.

Finalists registered in the morning of the competition and FML team were on hand for briefings and any last-minute panics. Which chef turned up without plates? With everything in place Brian Turner, CBE acting as compere and judge gave the go-ahead to starting cooking.

Towards the close of the end of the competition judges gathered to deliberate and come to a decision on the winner.

Finally a worthy winner was found in Fergus Wilford, Cliveden House, (now at Gravetye Manor) who was awarded Kikkoman Masters 2018 champion and he won a 7 day culinary trip to Japan. All finalists, judges, journalists plus chefs’ friends and family were invited to enjoy a glass or two of fizz to celebrate the newly crowned winner. 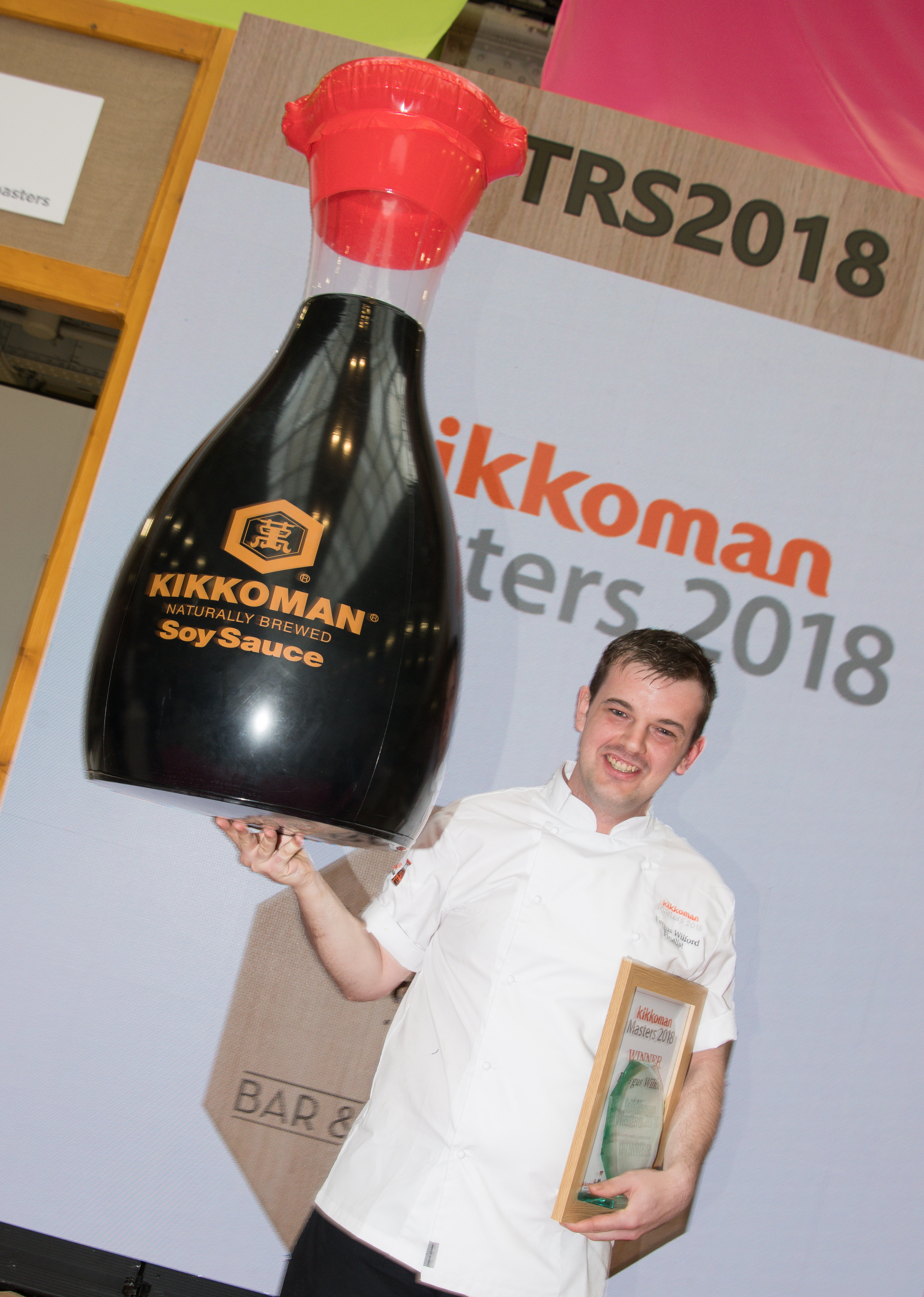